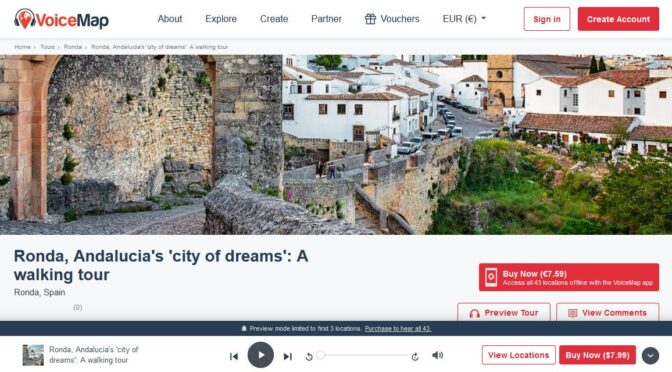 Discover Ronda at your own pace

Get Your Guide: Be captivated by Ronda’s beautiful gardens and medieval walls with an audio guide walking tour on your phone. Cross the Puente Nuevo and stroll through the Alameda de Tajo as you learn about the city.

END_OF_DOCUMENT_TOKEN_TO_BE_REPLACED

Whilst in ruins now, the Arab Baths are still the best preserved in Spain and offer a tantalising peek into Moorish life during the 13th to 16th centuries. Be sure to watch the animated short presentation (5 minutes) about the history of Ronda’s Arab Baths when you get here. The video presentation describes the water tower as a Noria (the modern Spanish word derived from Arabic), however the water pump in Ronda was a chain pump and is more correctly known even today as a Saqiya.