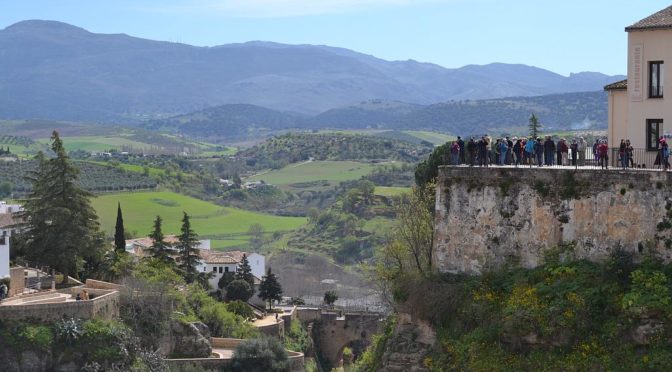 In a word, Yes! Ronda is a city in the province of Málaga in the autonomous community of Andalusia. It is known for its picturesque location on a mountain plateau. Its historic old town and impressive bridge over the El Tajo gorge are very popular attractions. The city has a rich history, with evidence of human settlement dating back to prehistoric times. Some of its most notable landmarks include the Arab Baths, the New Bridge and the Plaza de Toros. (One of the oldest bullfighting rings in Spain.) Ronda is also known for its traditional crafts and cuisine, as well as its proximity to the Sierra de las Nieves National park.. Is Ronda worth visiting? Yes! :)

Some of the most popular places to visit in Ronda include:

What food is popular in Ronda?

Ronda, being located in Andalusia, has a rich culinary tradition that is heavily influenced by Moorish, Roman and Spanish cuisine. Some popular dishes from Ronda include:

What about hotels in Ronda?

Ronda has a variety of hotels to choose from, ranging from budget options to luxury accommodations. Some popular choices for hotels in Ronda include:

Where can I visit from Ronda? Other popular villages?

Ronda is located in the heart of Andalusia, and there are many popular villages and towns nearby that are worth visiting:

All of these towns are easily accessible by car, and some of them also by public transportation. Most of them are located within an hour’s drive from Ronda, and they all offer a great opportunity to explore the Andalusian countryside and culture.