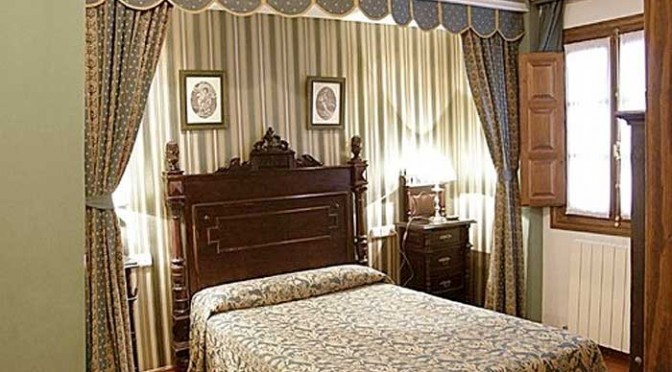 This four-star hotel occupies an 18th century building refurnished for the modern times. Although equipped with modern amenities, the Hotel San Gabriel still retains its traditional charm.  The stone façade is emphasized by the coat of arms of one of the building’s former owners.

Inside, the hotel’s 21 rooms are all equipped with air-conditioning units to beat the heat from the sometimes unrelenting Andalusian sun. A heating system is also available for the short winter months in the region. Other general facilities at the hotel include an elevator and a front desk staffed round the clock.

The hotel offers services such as breakfast served in the guest’s room, and rooms are luxurious superior twin rooms or honeymoon suites.  The hotel also has a tour desk is also available to help guests plan their route in exploring the historical and scenic places in Ronda.

The hotel also has a library for guests to catch up on their reading and it is also a good place to learn more about the history and culture of the region.  There is also a cinema room within the hotel’s premises complete with old movie theater red velvet seats.

Wi-Fi connection is available for free throughout the hotel.