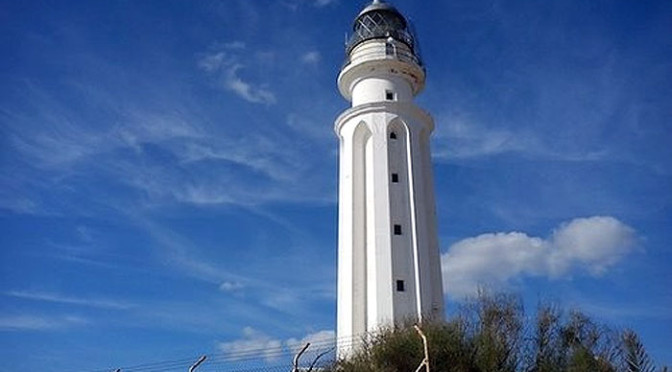 Mention the Battle of Trafalgar and most Europeans will know it as one of the decisive battles of the Napoleonic wars, but few would know precisely where Trafalgar is, and why sunseeking beach addicts should pay a visit.

As part of the Costa de la Luz, with golden sand beaches stretching from Tarifa to San Fernando on the outskirts of Cadiz, Trafalgar Beach could be expected to be a tourist mecca on the Atlantic Ocean. In fact the area is relatively undeveloped with a hippyish feel to it. Even nearby towns like Barbate, Vejer de la Frontera, and Conil de la Frontera are quiet tranquil places most of the year.

Find a hotel in Barbate here….

Beaches in Spain tend to attract people for sunbathing, water sports, and partying, but the Costa de la Luz has so far managed to avoid the drunken yobs and nouveau riche of the Costa del Sol, giving the area a more natural feel. The beaches are clean, the towns smaller and still Spanish, and pace of life slower.

Trafalgar Beach is officially part of Barbate, better known for being the town where Franco used to spend his summers, though Trafalgar is really part of the small fishing village of Caños de Meca situated a few kilometres west of Barbate.

Trafalgar’s most visible landmark is its lighthouse, built on the ruins of an ancient Roman watchtower, and alongside the ruins of a Moorish lighthouse, but is located on the cape a few hundred metres from the main beach. The lighthouse sits on a small islet known as the Tombola de Trafalgar, which is connected to the mainland by a short sand dune.

It was here also that visitors will find the the site of Nelson’s famous victory over a combined fleet of French and Spanish ships of the line in 1805 whose victory saved England from French invasion. The battle is widely considered the the greatest ever sea battle with sailing ships and cannon.

Visitors who have an interest in this period of history should visit the Gibraltar Museum, an hour drive east, where a significant display of weapons, letters, and anecdotes from Nelson and his armada is displayed.

Caños de Meca is itself best known for the freshwater springs located close to the beach, which these days can be quite muddy. Behind the village is the Parque Natural del Alcantilado, the village making a fantastic base for those with an interest in local nature.

To get to Trafalgar and Caños de Meca, follow the A-2233 from Conil de la Frontera.

Find a hotel in Barbate here….