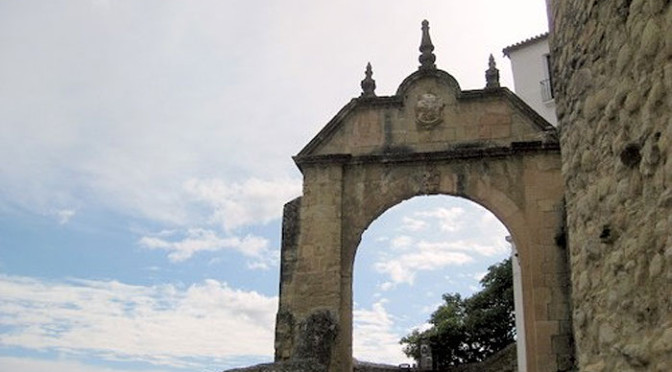 Probably every visitor to Ronda passes under this arch on their way from La Ciudad into Padre Jesus or the other way. Back in the 18th century until the completion of the Puente Nuevo, the arch was the main entrance into La Ciudad, and was hurriedly built after the collapse of the old Arab gate in 1742.

The arch itself is only one part of that construction, the remainder being the road which was widened and the slope made more gentle. It can’t be seen in this photo, but the side of the arch facing into Padre Jesus is adorned with the arms of the house of Bourbon.

Felipe V, the first Bourbon King of Spain, and a man known to have lived his life with one eye on the throne of France actually managed to achieve a fair bit for Spain, including rebuilding the economy and fortunes of Spain after the disastrous losses in the War of Succession, so it seems fitting that the arch, which was needed because traffic and trade in Ronda was booming should have been named after the King.

Of course in Felipe’s era, every town collected taxes from merchants and travellers as they entered the city walls, some of which was used by the town fathers to improve the city, and part of which was sent to the chancellery, perhaps better known as the king’s tax inspector.