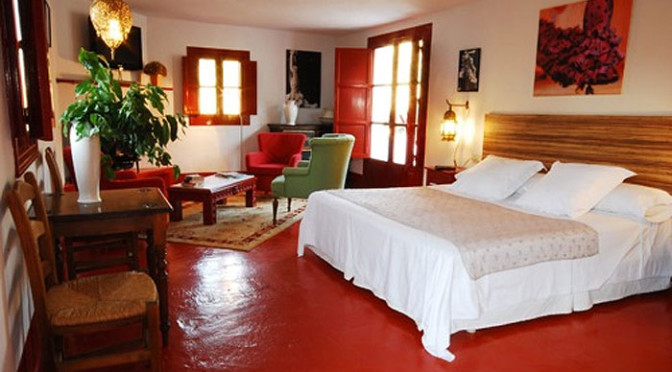 The Casa Rural Los Pastores is a rural hotel with its own Oak forest and 200 horse ranch. The hotel is located just a few minutes out of town on the Ronda-Gaucin road. The hotel combines its rural setting with modern interior design and contemporary art on display in the rooms. This combination provides a unique experience for visitors.

Casa Rural Los Pastores offers seven rooms and three apartments, each uniquely decorated. The hotel rooms are equipped with a fireplace and private bathrooms. The apartments are complete with open-plan kitchen and living room as well as the occupant’s own terrace where the stunning view of the countryside is in full display.

Reserve an apartment or room at Los pastores here…

END_OF_DOCUMENT_TOKEN_TO_BE_REPLACED 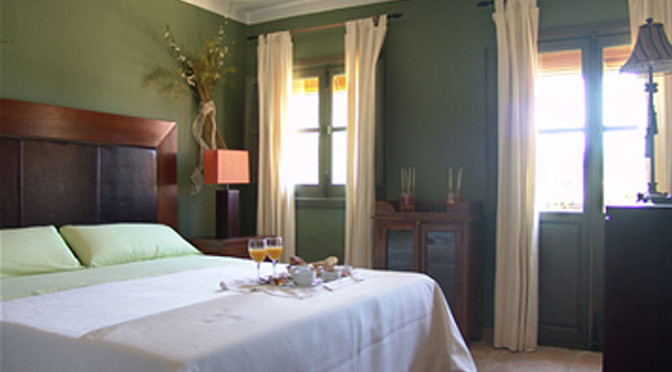 Set within the scenic Ronda Mountains, the Hotel Hacienda La Herriza provides guests with a relaxing view all around. The hotel is just outside of the village Gaucin at the little village of El Colmenar, which is itself just a short distance away from Ronda or the Costa del Sol and its beautiful beaches.

Relaxation is easily attained in this hotel all rooms have terraces idea for soaking up the scenery of the area, especially as the grounds are well-kept. The area is know for its outstanding natural beauty and pristine condition.

END_OF_DOCUMENT_TOKEN_TO_BE_REPLACED

Gaucin at the Southern end of the Serranía de Ronda is more than just a village in the middle of nowhere. This attractive white village founded by the Romans, and then expanded and heavily fortified by the Moors who named their village Gauzan, an Aran word meaning strong rock. These days Gaucin is better known as a haven for international artists who flock to the area for the peace and tranquility afforded them.

END_OF_DOCUMENT_TOKEN_TO_BE_REPLACED 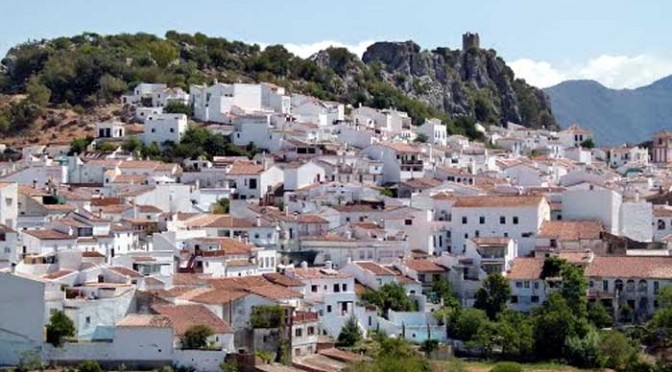 The mountainous landscape of the Serranía de Ronda is in full view around the Hotel Caballo Andaluz, located near to one of the prettiest of the white villages, Gaucin. On a clear day, views to Gibraltar and across to the Rif mountains of North Africa are stunning.
Peaceful rural breaks are how the owners describe their hotel, which with just 12 rooms means you’ll have space to unwind whilst also making new friends with like minded souls. The Hotel Caballa Andaluz is a special place almost equidistant between the Parque Natural de Alcornocales and the Sierra de las Nieves UNESCO Biosphere. Enjoy long walks around the mountains and valleys, or ask reception to arrange a horse trekking excursion.

END_OF_DOCUMENT_TOKEN_TO_BE_REPLACED 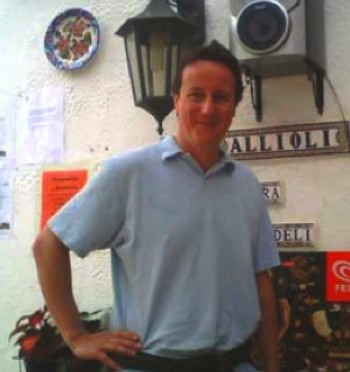 The UK’s Prime Minister, David Cameron, has been a regular though little known about visitor to the Serranía de Ronda for several years, and this month holidayed at an exclusive hotel near Gaucin, but this time with full security as befitting a head of state.

Cameron and his wife Samantha who are keen walkers apparently love the district for its pristine nature and sometimes challenging walks over local mountains, and tracks in the Genal Valley and Guardiaro Valley are believed to be personal favorites of the couple, though with the couple expecting their first child a statement from Downing Street said it was unlikely they would do too much.

Arriving in Spain, the Prime Minister met Spain’s Premier José Luis Rodríguez Zapatero and was quoted as saying that as PM his security entourage would make it difficult to enjoy walking in the Ronda campo, a situation he regretted.

Even though Cameron’s regular trips to the area were largely anonymous, he and his wife are known to have good friends who live at Gaucin, and the Prime Minister has been spotted in Jimera de Libar’s “Bar Allioli” owned by Paul Darwent. At the time Cameron was leader of the opposition and had walked Mr Henderson’s route from the station at Benaojan to the station at Jimera.