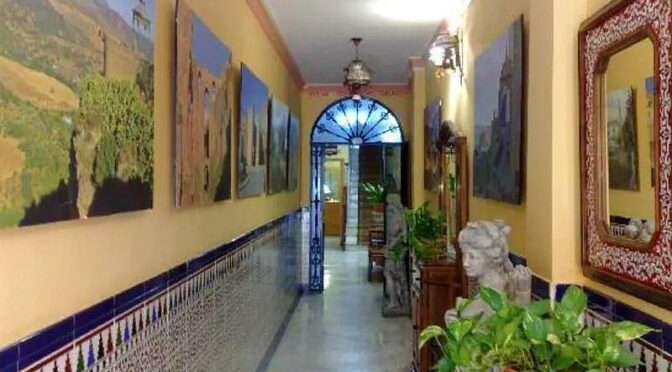 Are you looking to find a hostel in Ronda? Well, there are a few accommodation options. They have great reviews and are well known for their 5 star service!

Fill out the dates below and find a hostel in Ronda! :)

Who are Hostel World?

With the slogan “Meet The World”, Hostelworld is a leading global Online Travel Agent (OTA) focused on the hostel market, inspiring adventurous minds to experience new places, meet new people and come back with extraordinary stories to tell.

Have a look at our other projects

A fantastic forum to talk about the nature of Iberia with many conversations and links to further reading about wildlife of Spain and Portugal.

There are many hotels in Ronda, and several of these are quite superb hotels.  But, quite a few of the people who visit Ronda have a particular desire to stay in the old town with its history and romantic stories. This is the protected zone of Ronda, with very little development allowed, so there aren’t many hotels to choose from.

Ronda’s old town extends from the Puente Nuevo along Calle Armiñan until the old walls and Almocabar Gate, and down as far as the Arab Baths, so we have included the Hotel Alavera de los Baños even though other travel guides might consider it outside the old town.

Hotel Montelirio ****
The Montelirio, housed in a 17th century palace is one of Ronda’s most spectacular hotels. Perched as it is on the edge of the Tajo gorge, and with spectacular views from the pool of the Puente Nuevo. The Montelirio is 4 star hotel so you are assured everything you need to enjoy your stay in the city has been provided.

El Poeta de Ronda ****
Formerly the home of one of Spain’s best loved poets, Pedro Perez Clotet The Hotel El Poeta de Ronda offers 12 four star rooms in a stately city building. The hotel has been fully refurbished to meet the standards expected by discerning visitors and is centrally located at the corner of Calle Armiñan and Calle Tenorio.

Hotel San Gabriel ****
An 18th century home for the gentry, the Hotel San Gabriel is a favourite amongst celebrities and people with influence Each room or suite offers comfort that is the equal of any luxury hotel.

Jardin de la Muralla ***
With its own tree-filled gardens and swimming pool next to the Espiritu Santo church. The Hotel Jardin de la Muralla is unique in Ronda, and more importantly, with just 6 rooms for guests, privacy, peace and quiet are assured.

Hotel Ronda *
Hotel Ronda is a small, modern, and clean hotel located directly in front of the ruined Palacio del Rey Moro. Family owned, and proudly so, guests immediately feel welcome and cared for when they stay.

Baraka B&B *
Baraka, a word that means peacefulness in the Arabic language, is a delightful 3 room bed and breakfast decorated to appeal to those in search of special places to relax whilst seeing the sites of Ronda. Fresh orange juice and coffee, and Mollete de Antequera are offered every morning for breakfast.

Hotel Apartamentos El Polo (Now  called Plaza de Toros)
Several small self-catered apartments right in the very centre of the old town, between the town hall and Ronda’s largest church Santa Maria. Each apartment offers a small kitchenette and salon, and can be rented by the day or week.

Check out booking.com for a full list of hotels in Ronda and surrounding areas. 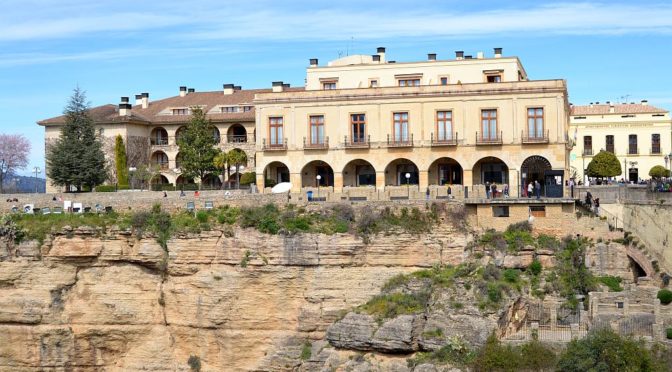 Ronda has many types of accommodation to choose from… Small guest houses, hostels and some pretty amazing hotels located in the centre of town close to the Puente Nuevo and most other monuments and museums.

I really hope that you find this website about Ronda – The City of Dreams interesting and usefull. Booking.com have some fantastic offers and last minute deals for accommodation in Ronda. Why wait!…. 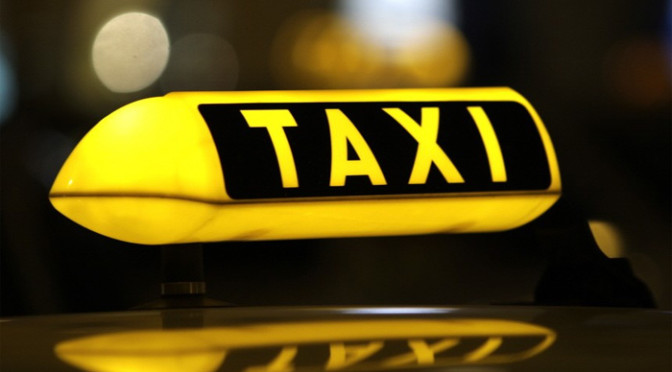 Getting to Ronda by taxi from the nearest airports or cities is pretty easy. Just use the search form below.

kiwitaxi is a site where one can book a transfer to get from or to the airport, between two tourist destinations or other locations popular with tourists.

Just fill out the form below to organise your transfer to Ronda. 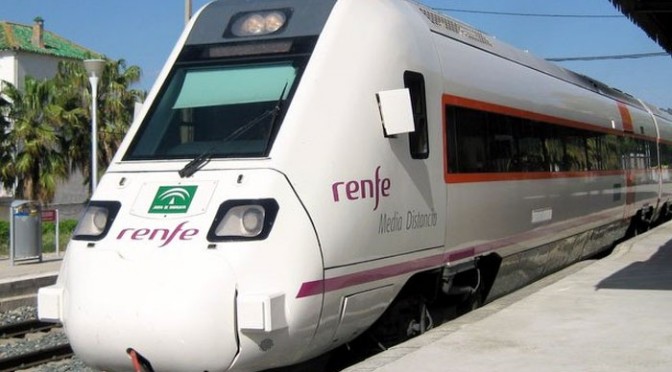 Trains to Ronda have reduced over the last few years with shutdowns on some lines due to severe storms damaging tracks and major works on the Granada to Algecirus line. That said, Ronda is still serviced by regular trains from many major cities in Spain.

Many, many people complain about the official RENFE train website for it’s difficult navigation and many times refusal to accept credit cards not from Spanish addresses. So, we recommend using the OMIO reservation system that you can find in the right hand side column of all pages here at Ronda Today. The link below also takes you to the OMIO reservation website.

Book a RENFE train to Ronda and just print off your eticket. Simple for getting to and from Ronda from all Spanish cities.  Also return train daytrips from Ronda to the Alhambra in Granada, Mezquita in Córdoba, or the Picaso Museum in Malaga.

Types of train service to Ronda.

Trains to Ronda often change at another station and only a few services are direct. This means you need to pay particular attention to the type of train used. Ronda sits on the Algeciras-Granada line, but trains to Madrid and Malaga are available from Ronda train station.

All trains departing either Algeciras, Granada, or Malaga are the regional trains (media distancia). The service to Madrid runs between Algeciras-Madrid, and is a type of train known as Altaria. This is not a high speed service.

The AVE high speed train does not currently service Ronda, although there are plans to upgrade the track at sometime in the future.  If you book a ticket to Madrid from Ronda then you take the “media distancia” to the Santa anna station where the AVE high speed line is located.

The railway station in Ronda is open from 06.45 till 22.00, although the ticket office is only open from 06.50 till 21.30 and outside these times the only person in attendance will be the station controller. Within the building there is a bar that serves coffee, drinks and light tapas. They also have a set menu for travelers with time to spare.

If you decide to travel to Ronda by train you can also take advantage of the very good Hotel Andalucia across the street from the station. It is well priced and perfectly located in a quiet part of town just 5 minutes from the main shopping area and just 10 minutes walk from the main monuments and cultural attractions.

Click here to find out more about Hotel Andalucia

Parking at the train station in Ronda.

Parking at the station is charged for but not expensive, and the gates open between 07.00 and 22.00. If cost of parking is an issue, we’d recommend parking in the street outside the station which is free.

Be warned that parking on yellow lines or in a way that obstructs traffic will likely see your vehicle towed to the impound yard.

Getting from the train station in Ronda to the Tourist Information Office, the Plaza del Toros, and Puente Nuevo is a short 10 minute walk and you certainly don’t need to get a taxi, simply follow my walking directions from the Ronda railway station.

The printable guide and city map of Ronda.

We have received many emails from people asking for a printed version of Ronda Today so we have created a 21 page A4 essential guide to Ronda and the Sierras from some of the articles on this website. At just 5 Euros (Paypal) It is well worth the investment if you are planning to visit the “City of Dreams” for a week, a couple of days or just a day.

The guide contains Ronda Todays’ most important tourist information articles and includes a map of Ronda, the most popular monuments and nearby places to visit including information on the Sierra de Grazalema and the white villages (Pueblos Blancos).