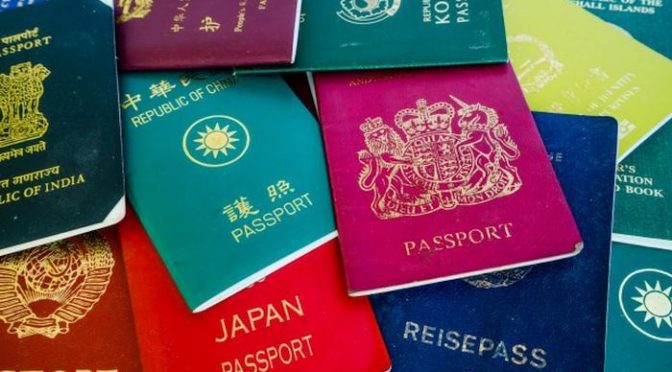 This is a question that Ronda Today gets asked all the time amongst foreign nationals visiting and living in Spain Every country has its own rules, and of course there is overriding EU law that needs to be considered as well. The answer to the question should I be carrying ID when visiting or living in Spain? is YES. Read on to find out why…

So, what exactly is the problem? Most British people don’t have an ID card, and refuse to carry their passports every time they leave the hotel or home. People from Germany and other European states have an ID card, but in some states you only need to have an ID card, (you don’t need to show it on demand.)

Spanish citizens all have an identity card known as a Documento Nacional de Identidad (DNI), and the overwhelming majority carry it on them at all times. The card was once most often used when making credit card purchases, but almost any activity that requires proof of identity will see them present their DNI.

This leaves foreigners (especially British citizens) in the curious position of not understanding Spanish, UK and EU law. If the Policia National or Guardia Civil stop you and demand identity many of us become frustrated when the authorities will not accept our excuse that it is not compulsory to carry our passport or Id card.

In fact under Spanish law we are wrong. Everyone in Spain must carry government issued ID at all times, regardless of whether we are Spanish, an EU national, or a foreigner living or holidaying in the country. The specific law is Article 4 of Organic Law 4/2000 which states in unambiguous terms that foreign nationals in Spain must carry identity documents issued by the country of citizenship. The operative word is ‘carry’ – not to be confused with keep at home.

Thus, if you are visiting or living in Spain, and you don’t have Spanish government issued photo ID, you must carry at all times your own nation’s photo ID, in the case of British citizens this means our passport.

There is no obligation on the part of authorities in Spain to give you 72 hours or some other reasonable amount of time to present your document. Quite simply, if you do not produce an identity document on demand when asked by law enforcement officers (Policia Nacional, Guardia Civil, Policia Local etc) then you could be detained and fined.

Most officers of the law will let you off with a stern verbal warning if you don’t have your ID on you, but this is not a requirement on their part.

Of course most of us will wonder what European Union law says about carrying ID, and I’m afraid to report the news doesn’t get better. The issue of foreign residents in Spain has never been tested in the European Court of Justice so we need to look at EU directives to find an answer, and directive 2004/38/EC, Official Journal L 158, 30 April 2004 which covers citizenship.

Specifically, the directive grants all EU citizens the right to move freely within the EU, and without a visa for any purpose. This includes people choosing to reside in Spain. The right of each nation to retain the ability to carry out identity checks on demand is reserved to each state, so if you live in Spain, Spanish law WILL apply.

An important point for UK citizens after “brexit”

As 3rd country citizens, people from the United Kingdom have to carry an ID legal document with them at all times in Spain by law and this includes the one that confirms that they are living legally in Spain. That is the TIE. (Tarjeta de identidad de extranjero)

NOTE: Even though it is not yet (November 2022) compulsory to exchange the green A4 residencia for aTIE, UK citizens carrying only the green document are under a legal irregularity as the rules have not yet been agreed between the Spanish and UK governments. They are not yet “illegal”, but the document they have does not say the truth, as they are no longer EU citizens. (The A4 document clearly states That the certificate is for a citizen of the EU.) This document also states that it is not a valid method of identification of the carrier!

Therefore, to avoid issues, and, if you are resident in Spain, it is highly recommended to change it for theTIE as soon as possible. Anyone who gets stopped by an unhappy guardia civil on a bad day they could find themselves in trouble even if their A4 green certificate is technically not illegal yet.

If you need any help with changing your A4 residency certificate for the TIE then contact Rey Expat Advisors: https://www.reyexpatadvisors.com/

If you are in Spain (no matter what country you are from), you must carry a valid ID card or passport at all times, and failure to do so could see the police detain you temporarily whilst they ascertain your identity, and furthermore, it is within their rights to issue a fine.

Carrying ID when visiting or living in Spain is obligatory :)

6 thoughts on “Carrying ID when visiting or living in Spain”