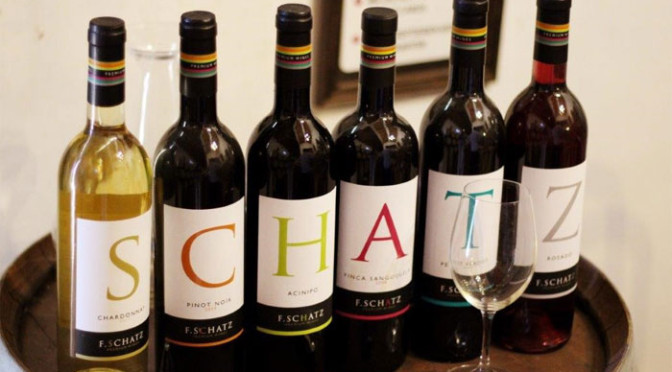 Wine has been made in Ronda and the Serrania since Phoenician and Grecian times, and in fact may have been made by iron age peoples before them. We can only speculate at the quality of wines produced in those olden times, though it is certain that wines were produced commercially during the Roman era, notably at Acinipo and Arriate, and most likely stored in warehouses at Setenil for eventual transport to Rome and the other great cities of the Roman Empire.

The last decade has seen new interest in wines from Ronda as the affluence of Spain continues to catch up with other European states. In recent years a concerted effort is being made to promote Rondan viticulture, and to this end the Association of Wine Growers in the Serrania de Ronda (Asociación de Viticultores de la Serrania), a combined grouping of all winemakers in the Serrania has come together to brand the wines of Ronda “Vinos de Ronda”. Most vintages bottled locally are now available for sale in Ronda’s many bodegas, or at the Wine Museum.

A new and interesting annual event is the heritage wine festival, an event held in the Museo del Vino during early September, where the Dames Goyesca, wearing traditional flamenco gowns stomp the grapes in a large barrel. The sight of ladies lifting their gowns and stepping on grapes with their bare feet is quite unusual, and makes for an entertaining afternoon.

Wine aficionados from all over Málaga descend on Ronda to witness this lighthearted event, many taking the opportunity to stomp the grapes themselves. Of course, the Serranía’s best bottles are tasted as well, and the event is credited with raising awareness of wine making, and of the incredibly rich varieties of red and white wine being produced in the valleys and hills of the Serranía de Ronda.

Bodega F. Schatz
Hailing from a wine growing family in the Wuerttemberg region of Germany, Friedrich Schatz chose Ronda as the base for his new winery on the Ronda-Acinipo Road. F. Schatz has since become known for their organic wines, Lemberger, Chardonnay, and Muskattrollinger. All grapes are harvested by hand and placed in small containers to prevent breaking of the skins. Fruitiness and natural earthy aromas are the hallmark of F. Schatz wines.

Bodega Kieninger
A niche winery with only 4,000 vines, offering two wines, 7VIN, a rich ruby red made from the Austrian grape varieties Blaufraenkisch, Blauburgunder, and Zweilt, and Vinana, a Cabernet and Pinot Noir mix recently awarded the guarantee of origin “Vinos de Málaga”. Kieninger’s vinyard operated on ecological principles, withthe entire property being surrounded by a pomegranate and quince tree hedge to distract insects away from the grapes. www.bodegakieninger.com

Descalzos Viejos
Look down into the valley below Ronda and you might see what looks like an old church surrounded by vines, this is Descalzos Viejos Winery, situated in the grounds of Los Descalzos Viejos Convento which dates from shortly after the reconquest. Restored in 2000, the chapel and other buildings have been preserved for future generations to enjoy. Varieties grown include Cabernet Sauvignan, Syrah, Grenache, Petit Verdot, Merlot, and Chardonnay, and a new planting of Graciano is being developed for future bottling. Descalzos Viejos wines are known for intense, often salty flavours, and are a deep cherry hue.

Enkvist Wines
A small boutique winery, Enkvist Wines, in the Genal Valley at Gaucín, and proudly just a little crazy, after all Gaucín isn’t known for wine producing, though in Roman times wines were made from Acinipo right down to present day Gaucín and beyond. Rickard Enkvist, originally from Sweden, chose to throw caution to the wind and battle away to produce a top quality red, and a couple of very nice whites, being justly rewarded for his efforts, winning Gold at VinOjén 2008 with his Tempranillo named ‘Sueños’.

Bodega Doña Felisa
Situated on the sandy loam slopes below Acinipo at Chinchilla, an area traditionally known for its vineyards, Doña Felisa wines are made using traditional methods. The winery also offers tours and tastings, and facilities are available for conferences. Grape varieties harvested include Tempranillo, Cabernet Sauvignan, and Merlot. Doña Felisa wines are never the same from year to year, the 2006 bottle being known for it’s light fruity flavour, whilst the 2005 is much drier and spicier.

Bodega Conrad
Looking very much like a German palace from the Rhine Valley, Bodega Conrad is one of the more interesting sights on the Ronda-El Burgo road with rows of vines arranged around the imposing red building and the hill behind it. Conrad wines are full of aroma and flavour, and all are aged for 12 months in French Roble Oak barrels. The limestone soils of Bodega Conrad give each wine a strong tannin and mineral taste, a perfect base for a spicy wine with hints of fruit or chocolate.

Bodega Joaquin Fernández
Proudly organic, even to the extent of joining the Comité Andaluz de Agricultura Ecológica, wines from Bodega Joaquin Fernández are made in the traditional ‘Igualado’ method of wine fusion, and offer subtle hints of coffee and red fruits. Grape varieties grown include Cabernet Sauvignan, Syrah, Garnacha, and Merlot.

Bodegas La Sangre de Ronda
Otherwise known as “The Blood of Ronda”, this winery is a project of the Wine Museum of Ronda and aims to reproduce as much as possible some of the wines produced in Ronda’s golden years, the 17th and 18th centuries. Wines being researched include Pajarete, Tormentilla, Solera Cumbre, and Pedro Ximenez.