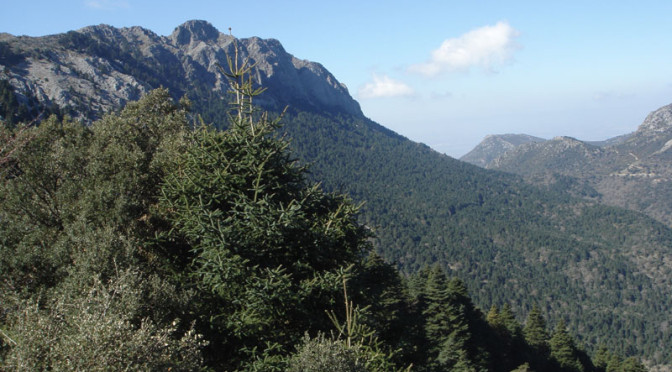 Dotted around the mountains of Grazalema and the Sierra de las Nieves, and also in the city of Ronda itself, the observant visitor will occasionally run across a type of evergreen fir that looks different from others.

This is Abies pinsapo, the national tree of Andalucía, and one of a very few species that survived through the last major ice age into the modern era. That alone gives the tree special significance, and sadly Abies pinsapo is endangered. Reforestation efforts seem to be working, but the tree is often found in zones that have a high risk of fire.

In their natural environment the Spanish Fir tree is most comfortable at higher altitudes, typically above 900m, which means that in most cases you’re going to have to get out of Ronda and the valleys to see the tree. Driving from Ronda to El Burgo, or from Zahara de la Sierra though Benamahoma to Grazalema are where they are easily seen without stopping. Of course, I prefer to avoid a car, and simply walk over the mountains :)

Walk in the Sierra de Grazalema and visit the Pinsapo forest with Wildside Holidays.

A fully grown Spanish Fir will be tall and upright, tapering to a point at the top, though it isn’t unusual for older trees to become irregular in shape. The leaves of the Spanish Fir are my favourite aspect of them. They are glaucous (blue-green in colour), tubular, only 2cm long, and waxy to touch. The colour of the leaves can in fact give the entire tree a distinctly blueish look from a distance.

Abies pinsapo’ seeds are cone-like, and can grow to nearly 20cm. Typically the tree will seed in the summer, and by October the cones are mature and falling to the ground. They are pink and green, and can be quite attractive.

There are two varieties of Abies pinsapo, the one known to us in Andalucía, and another that is very similar but finds its home in the Rif mountains of Morocco. 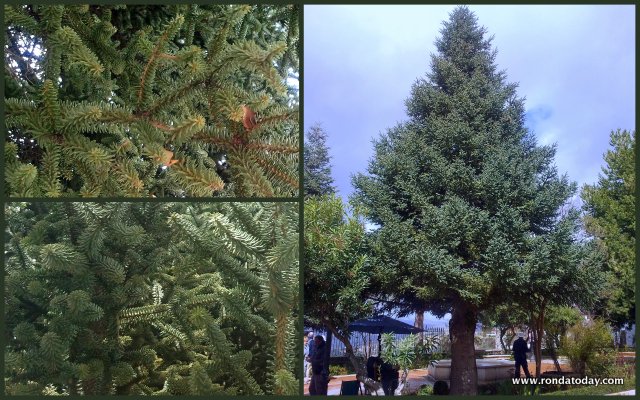