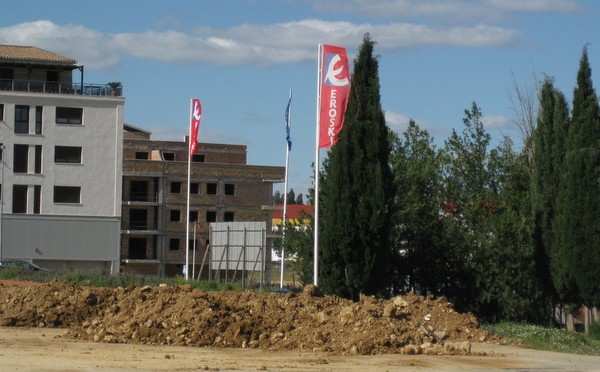 The long awaited decision to go ahead with the Eroski shopping centre on the grounds of the old football stadium in the San Rafael district was finally confirmed today and is planned for completion in 2013, with as many as 1300 jobs to be created on completion and several hundred during construction.

In a joint press conference with Ronda’s mayor Antonio Marín Lara, and Alfonso Fernandez Villacorta, Managing Director of Grupo Eroski Expansion, and José Miguel Yubero, director of eastern expansion for the group, told stakeholders the project is estimated to be valued at 120 million Euros.

The mall will offer 65,000sqm of shopping, parking, and services and will be larger than La Cañada in Marbella. It will contain an Eroski hypermarket, 150 retail stores, a food court, entertainment area including cinema complex, parking for over 500 cars, a petrol station, as well as a new transport hub for the city.

All in all this is a huge project for Ronda and will no doubt transform the city of the tajo, with many expecting the existing shopping precinct in Calle La Bola to be adversely affected as major fashion retailers are pushed to secure competitive locations within the new centre.

Retailers believed to be interested in coming to Ronda include FNAC, Massimo Dutti, Dorothy Perkins and H&M, though El Corte Ingles and Leroy Merlin are not expected to be amongst the newcomers at this stage.