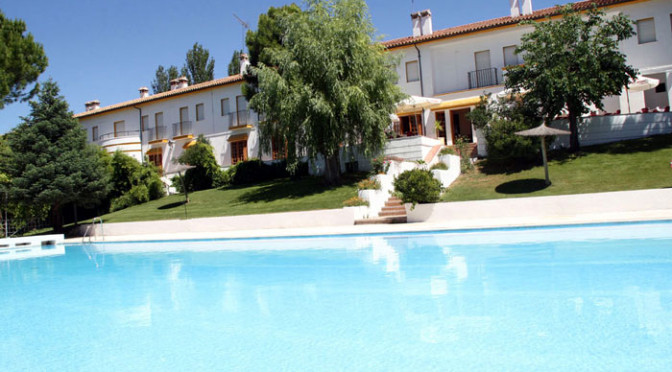 Distinctly Andalusian in style, the El Almendral is designed to reflect the beauty of the region around it. The hotel is located just a few minutes north of Ronda in the Cádiz province at Setenil de las bodegas. The area is unique and well worth visiting for its nature and history.

The Hotel El Almendral is designed to offer guests the modern amenities that they have come to expect from hotels in the Andalusian region. All rooms are air-conditioned and a heating system is also available. The hotel’s rooms also have terraces overlooking the village or countryside, and all 28 rooms are double.

Reserve a room in this loveley hotel in Setenil here….

END_OF_DOCUMENT_TOKEN_TO_BE_REPLACED 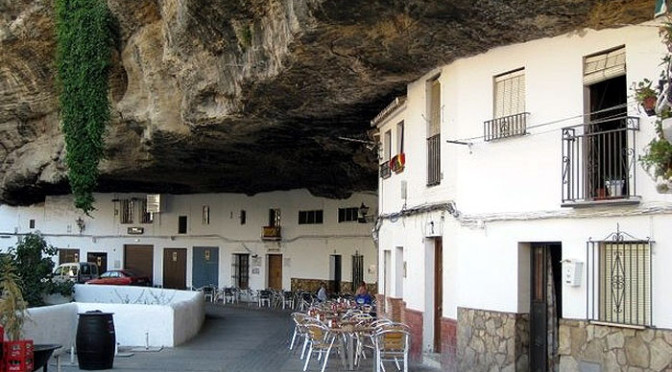 For many thousands of years Setenil de las Bodegas has been occupied, possibly for as long as people have been using the Cueva de Pileta, though it wasn´t until the age of the Phoenicians and then Romans that the village was first mentioned in texts.

Always eclipsed by nearby Acinipo, Setenil was nothing more than a warehouse for storing goods that were traded with other parts of Iberia or the rest of the Empire. It was during this time that archeologists believe the caves were first closed off with brick walls to prevent thieves from stealing goods produced in the area. 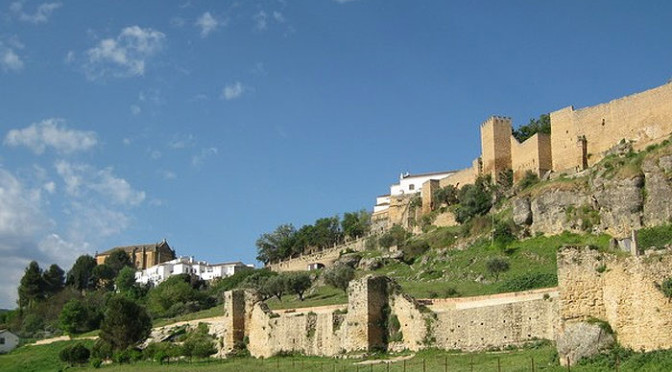 Part of the reason Ronda is so important in the history of Andalucia directly relates to how secure the city was from attack.  The city walls in combination with the gorge and rio Guadalevin made Ronda impervious from attack until the age of the cannon. 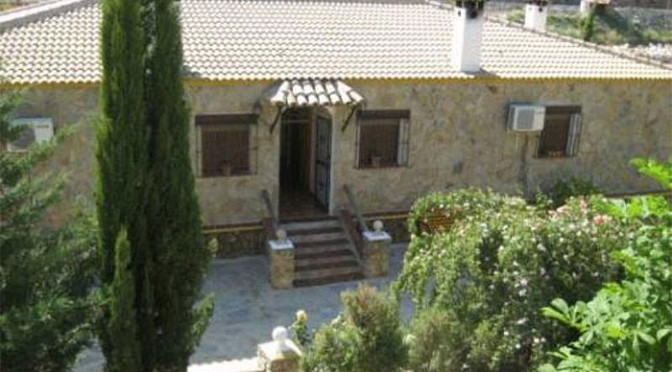 A rather quaint inn with 5 comfortable apartments located on a hillside overlooking the Guadiaro River, and only 100m from the Cueva del Gato cave system. This location provides guests at the inn a great view of the Serrania de Ronda Mountains.

The nearby area is most famous for being on the southern edge of the Grazalema Natural Park, an area of outstanding natural beauty. As well as the Cueva del Gato, visitors should also plan to see the Cueva de la Pileta, a publicly accessible cave with paleolithic and neolithic paintings and impressive natural formations.