Currencies Direct Ltd and Spain’s La Caixa, one of Europe’s leading savings banks, have announced a partnership offering zero commission transfers between customer accounts and Currencies Direct, specifically for people needing to transfer funds between the UK and Spain whether to buy or sell property, or to cover monthly expenses.

The agreement has been hammered out to provide relief from fees for bank drafts in Spain, which are often charged at 0.6% and have been known to be 1.25%, still cheaper than using the bank for end to end transfer, but an expensive and unnecessary fee nevertheless. As well, other commissions charged by La Caixa will be waived if the account is a Currencies Direct ‘la caixa’ account.

Jose Ivars-Lopez, head of marketing at Currencies Direct in London explained “We also offer some great benefits on banking through our partnership with la Caixa bank. If any of our customers open a Currencies Direct la Caixa account in Spain they can make immediate transfers to that account from the UK via Currencies Direct. No more clock watching, or cut off times”.

Under the agreement, all funds transferred via a Currencies Direct ‘la caixa’ account will be available in the client’s Spain account as soon as the funds hit CUrrencies Direct, a significant improvement on past transfers that could only be completed by a certain time of the day. The service is of particular use to property buyers who need to have funds cleared in Spain prior to signing property transfers.

British expats living in Spain and making regular monthly transfers to cover living expenses and who open a La Caixa account with Currencies Direct will also now have funds available for direct bank payments to utilities on the day the funds arrive in Spain, and not have to wait until the next business day.

The number of expats resident in Spain is still a significant number, with the British consul in Malaga estimating that over 400,000 British stay full time or part of the year in the Costa del Sol, and with rising numbers of Spaniards working in the UK and repatriating funds to support mortgages and other expenses, the market for pound/euro transactions is significant.

Customers of Currencies Direct have been mailed a letter with the following benefits to opening an account through La Caixa; 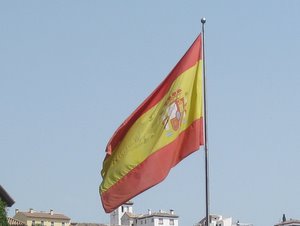 Friday 2nd September may well go down in history in Spain as a mostly unified bipartisan congress voted amend the constitution to limit the amount of Spain’s public debt and avoid a repeat of the current financial crisis.

Prime Minister José Luis Rodríguez Zapatero and leader of the opposition Mariano Rajoy, respectively leaders of the two largest parties between them had enough votes to ensure congress would pass the budget deficit amendment, though all of the smaller nationalist and fringe parties abstained or were not present during the vote. The bill passed congress 316 to 5 with 29 abstentions.

With Friday’s vote, Spain becomes only the second state in the European Union to constitutionally limit public debt, and at a combined 0.4% for national and community governments is well below the current EU limit of 3% of GDP. The reforms will come into effect in 2020, with reviews of the percentage amounts possible in 2015 and 2018.

Whilst the vote never seemed to be in doubt, the lack of support from the smaller parties is a worrying sign that PSOE and PP as the nation’s two largest parties are not getting the support of smaller parties and begs the question what will happen after the next general election as the two majors line up for the possibly inevitable coalition government that is a hallmark of Spanish politics.

Numerous political parties, trades unions, and the M15 protest movement called for a referendum on the amendment, with the intention of voting against both the constitutional change and the other austerity measures the government has introduced at the insistance of the IMF and European Central Bank (ECB). Major trade unions with millions of members, nationalist parties with sizable bases in Catalonia and the Basque countries, as well as the enormous pulling power of the M15 movement now look set to challenge the two main parties in the coming months.

Assuring the constitutional amandment passes Spain’s senate will be the next task of Zapatero and Rajoy, though they are not expected to face much dissension within their party ranks. The more serious challenge comes from the UPyD party whose leadership have filed notice they intend to appeal the reform in the Constitutional Court on the grounds the measure was rushed through without proper consultation.

Spain’s national deficit of 9.2% of GDP in 2010 is now looking like might drop to 6% by the end of the 2011 financial year, and both the PSOE and PP have committed to bringing Spain’s national debt down to the EU mandated limit of 3% by 2013. These measures are intended to avoid a repeat of a Greek style bailout for Spain but with Italian austerity measures looking doubtful Spain may yet be forced to call in the IMF.

Just a few days ago Germany and France together called for all Eurozone countries to adopt balanced budgets and cap spending as a percentage of GDP to avoid repeats of the current financial crisis facing the Euro.

Today’s announcement has broad political support, with Mariano Rajoy the opposition  leader stating his intention to help push through the 60% majority vote needed in parliament to change the constitution.

If passed the new measures are intended to boost confidence in Spain by the international financial community, and will be a significant reform as Spain battles reduced ratings making borrowings more expensive.

As well Zapatero announced that Friday will see further steps to reduce Spain’s high unemployment rate with changes to temporary employment contracts and additional funding for industry training to be allocated.

Low quarterly growth rates in the Spanish economy, with third quarter growth estimated at 0.2%, have however been welcomed, and with recent austerity measures expected to save an additional 5 billion euros in 2011, the government is cautiously optimistic the worst of Spain’s financial woes may soon be over.

As pressure mounts on Spain’s socialist led government from the EU and finance markets, the government has announced further austerity measures in its hopes of reducing the budget deficit and convince investors that positive economic growth can be expected.

Announcing the measures, Development Minister José Blanco stated that 700,000 new homes remain unsold after the property market crash in Spain, and that reducing the IVA on new homes from 8% down to 4% until the end of the year.

Spain’s decade of housing boom ended with the beginning of the financial crisis in 2008, leaving an estimated 2 million new properties unsold, and leading to Spain having the highest private debt burden in the Eurozone. Though the almost complete meltdown of the construction industry has meant more than half of these new properties have since been sold, the resultant slashing of home prices by as much as 50% in some markets has not been without pain to Spanish home buyers.

Corporate tax payments worth some 2.5 billion euros have been brought forward to 2011 with a decree aimed at boosting government coffers before the Nov 20 election. The socialist government is currently polling to lose the election and appears to be frantically aiming to minimise election losses by introducing measures to bring more stability to the economy.

As well, the government announced restrictions on doctors prescribing branded medications, instead insisting the generic or unbranded medicines must now be prescribed in an effort to shave a further 2.4 billion euros off the national debt.

In the last week, the European Central Bank has been buying up Spanish debt to avoid a possible default by Spain, and at the same time German Chancellor Merkel, and French President Sarkozy have been increasing pressure on Spain to make concerted efforts to cut the budget deficit now, and not after the election.

Previous efforts to stabilise the economy and reduce the debt burden included a sales tax (IVA) increase, slashing of public sector wages, and freezing of pensions.

Economic growth has been affected by the austerity measures, with 2011 forecast growth of 1.8% downgraded to 1.3%, though current forecasts from the National Statistics Institute suggest 0.7% growth might be more realistic. This on top of an official unemployment rate above 20%, the highest in the Eurozone.