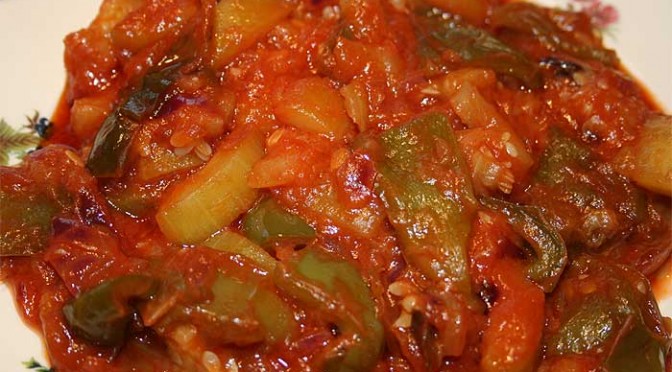 One of the most popular dishes prepared around Spain, the pisto is basically a vegetable stew or ratatouille, and forms a popular base into which cured meats can be added, although one of the most famous versions of this recipe also adds egg (it looks like fried eggs sitting on top of the pisto).

END_OF_DOCUMENT_TOKEN_TO_BE_REPLACED 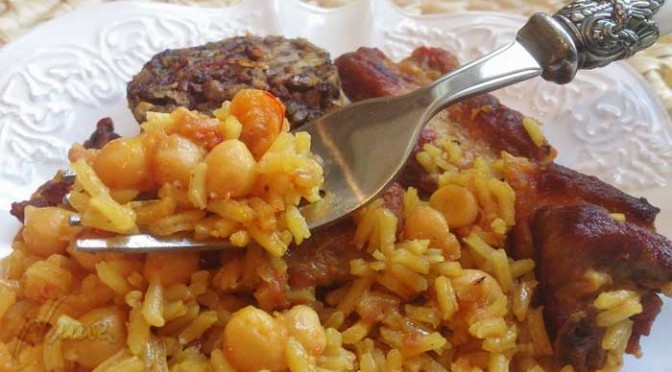 END_OF_DOCUMENT_TOKEN_TO_BE_REPLACED

The Spanish-speaking world is vast and varied in its tastes, but we are all brothers and sisters. We Spaniards are proud that our culture has reached out to and influenced (and been influenced by!) just about every corner of the planet.

Arroz a la Cubana is a very ancient dish, probably dating back to the days of the Spanish Conquistadors. Its simplicity and lack of expensive ingredients tend to suggest that it was a staple of the Cuban indians – and this would also explain its popularity in the Philippines, a Spanish colony until the year 1898.

Every busy parent with young children needs a few “fall-back” recipes, meals which are quick to prepare and filling to eat. Unlike paella or pulpo gallego, Arroz a la Cubana is easy, cheap and cheerful – and none the worse for that!

* the purists may wish to create their own tomato sauce by simmering fresh tomatoes and finely-chopped onions in olive oil, but for me the beauty of this dish is that it’s quick and easy – so I have no compunction in tipping a can of supermarket-bought tomato sauce (“tomates fritos”) into the pan!

The rice is boiled in water, in the normal way, with a bay leaf for flavour, and kept apart from the other ingredients until the last moment.

In a separate saucepan, the tomato sauce is heated with the carrots, peppers and tomatoes. Add basil, garlic, parsley and olive oil in whatever proportions suit your taste. Once the mixture has cooked through, put in the frankfurter sausages in order to heat them up without softening them to the point at which they lose their shape.

Meanwhile, fry the eggs in the usual way.

When the moment arrives, serve the rice hot (traditionally in a steep mound shape), with the tomato mixture poured over it, so that the whole resembles a volcano oozing with lava. Place the fried egg on top.

A variant of this dish which has taken hold in the Philippines is to prepare everything as above, then slice the bananas and fry them in hot oil, as an “extra”.