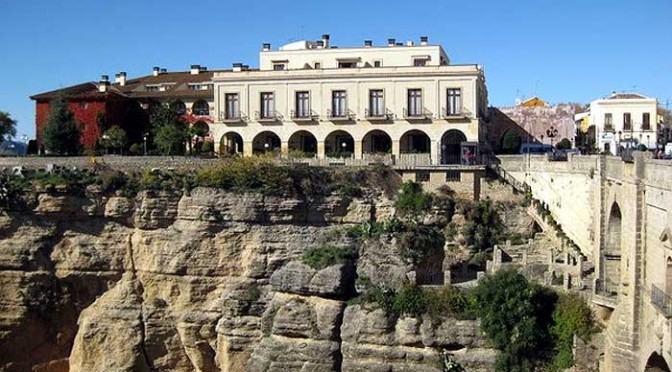 Within Ronda and the Serranía de Ronda, as well as the Sierra de Cadiz and Guadalteba there are over 100 hotels, so which do you choose for your holiday?

It all depends on your needs, do you prefer to be in the city or out in the country, and are you looking for comfort or is a traditional and authentic hotel more your scene. We’ve analysed our reader statistics (all 70,000 unique visits per month) and the top thirty hotels viewed on Ronda Today by readers over the last year (feb 2015 – Feb 2016) are as follows. Read on and check out the links to all the hotels….

Hotels in Ronda, Ratings and Expectations

Hotel ratings in Spain are notoriously difficult to assess, even more so when you discover many 3 star hotels seem old or the staff poorly trained, whereas as many 1 star hotels can be quite delightful and have more in common with a luxury hotel. So how do you decide which hotel in Ronda to stay in?

The short answer is to ignore star rating in many cases, yes a 4 star is almost always going to be better than a lower starred hotel if you’re looking for the convenience of a central city hotel. However once you leave the immediate city centre many of the lower starred hotels in the Ronda district could almost be considered 4 star.

The reason the star rating system is so poor is that it isn’t based on cleanliness, professionalism, modern amenities, or levels of luxury. Instead the star system is based on size of room and dining area, access to elevators, swimming pools, spas, parking, satellite TV, minimum level of a foreign language spoken by key personnel etc.

This tends to mean a rather old and in need to desperate renovation hotel can be awarded 4 stars, or a hotel with staff who speak phrasebook English and has a small 12″ TV with Canal+ reception will easily be awarded three stars. Generally a 5 star hotel in Andalucia will be a genuine 5 star and you’re almost certain to enjoy your stay, sadly Ronda doesn’t have any 5 star hotels yet.

Guest reviews in websites such as Booking.com, Venere or TripAdviser are often a good indication of the satisfaction other guests have with your chosen hotel, but this is a completely separate mark of quality than the star ratings. Ronda Today is committed to ranking hotels based on their quality of service, guest enjoyment, and facilities provided, so we’re always excited to receive your comments.