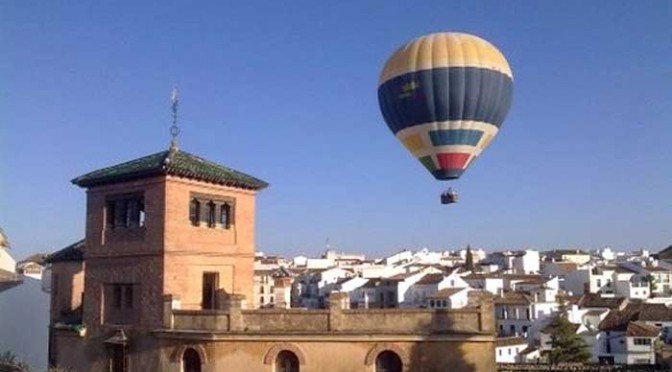 The overwhelming majority of visitors to Ronda arrive, walk around the old town taking photographs, sample tapas in one of the popular tourist restaurants, and then leave. Meanwhile they miss so much that makes Ronda special, such as the adventure tourism that the city is nationally known for.

For the truly adventurous, a balloon flight over the city is a memorable way to get that special photo that so few ever seem to capture, and which can only be seen from 300ft above the city, suspended under a great globe of hot air.

During the summer months when the daylight hours extend from 5am until nearly midnight is when you’ll see balloons hovering over the Puente Nuevo and Tajo gorge almost every morning, in fact so regular are the flights one could almost consider them de jure.

Flights over Ronda will usually depart around 8am, and last between 60-90 minutes depending on wind, and all will allow passengers to photograph the city from up high so bring your camera with a fully charged battery, and a strong neck strap to avoid dropping your camera in the streets below.

After your flight it is normal to enjoy a champagne breakfast with your pilot and other passengers, and then you’ll be awarded a diploma to prove you really did go up in a balloon.

In Ronda there are two companies that fly regularly, Gloventosur with their base at Algodonales (very close to Ronda), and Green Aerostacion with their base at Sevilla. Both are professionally affiliated and licensed to carry passengers.