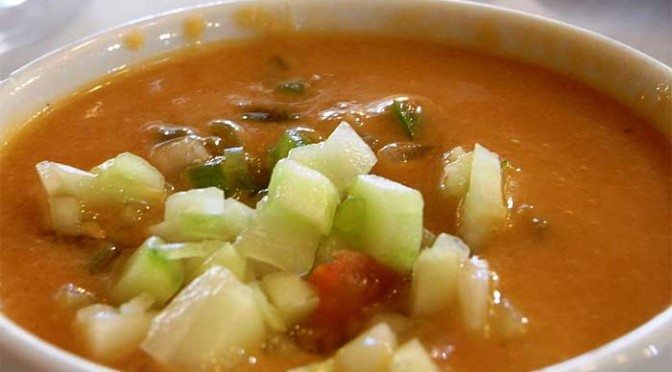 Visiting this beautiful corner of Spain is a great joy, and sure to be one of the best holidays a person could ever have. Located in the northwest of Málaga province, and bordering Cadíz province, the Serranía de Ronda is made up of Ronda, it’s largest town, and several white villages, known in Spanish as the Pueblos Blancos of the Serranía. A visit to the Ronda area, Nature, Coffee, Churros and Gazpacho!

It is here that visitors will find history going back many thousands of years to the time of the neolithic peoples with their cave paintings and dolmen burial chambers, through to Phoenician, Roman, and Moorish civilisation prior to the Christian reconquest.

The Serranía is also famous for its wealth of natural parks, Grazalema, Alcornocales, the Sierra de las Nieves, and not too far away, the lake district of the Guadalhorce (Caminito del Rey) and spectacular rock formations such as those found at El Torcal.

Certainly the local fauna and flora are well worth seeing up close, but please don’t touch if possible, instead bring your camera and binoculars and help us retain the natural beauty of this part of the world for future generations to enjoy.

Ronda is a little known paradise for lovers of fine Andalusian cuisine and great wines produced in an area better known for it’s olives, but don’t let appearances deceive you, Ronda has in fact been a centre of food and wine production since Roman times.

First impressions walking through Ronda’s main tourist thoroughfares would lead to the impression Ronda is no different to other major tourist destinations, we have a McDonalds, several Pizzerias, and numerous small coffee shops that look as if they were put together using plastic furniture and second hand decor, but scratch beneath this ugly veneer and we find some top class establishments that really care about the quality of their food and service.

A common sight outside the doors to many of the Tapas bars is the sign “¡Hay Gazpacho!”, which on its own is enough to guarantee a full house come lunch time, and in the hot summer months a cold soup is very welcome. If you don’t know what Gazpacho is let me tell you it’s one of Andalucia’s main culinary claims to fame. Interestingly, Gazpacho has a long and distinguished history from pre-Roman times, and was originally just a meal of stale bread mixed in water, garlic, olive oil, and water. It probably wasn’t much of a meal yet it gave them some of the essential daily nutrients needed.

The gazpacho available in Ronda’s best tapas bars is really special, the modern recipe was developed after Spanish explorers brought tomato and peppers back from the new world, and very quickly became a favourite amongst the people of Andalucia. My Spanish friends call it the perfect blend of tastes in a single bowl of wholesome goodness. Try and translate that into Spanish!

Specialty cold meats have been made for many generations in Ronda and the outlying villages of the Serrania, the most famous of them being Chorizo, a fatty spicy sausage that comes in a variety of styles, and each village has their own unique taste making the range of chorizo stocked in Ronda quite something to behold.

Tapas bars, specialty grocers, and supermarkets in Ronda all supply Jamón Serrana, salt cured on the bone in the Serrania and from further afield, which is positively divine served sliced thin with manchego cheese, perhaps with chorizo and bread, and washed down with a glass of wine made locally in the valleys surrounding Ronda.

Ordering a coffee in any of Ronda’s many cafeterías can be a tad confusing for the visitor or expat. Generally Spaniards like their coffee strong and black, and asking for a coffee will likely see you drinking our equivalent of a short black, or a frothy milky coffee in a glass. So, for the benefit of anyone with specific tastes, here is a list of coffee types you’ll find being served in Ronda.

• Manchado Nube – A lot of milk, and not a lot of coffee
• Sombra – A medium, more milk than coffee but not as milky as a manchado
• Café con Leche – Mostly coffee, but with about 20% milk
• Cortado – A lot of coffee and only a bit of milk
• Café Americano – American style, essentially a tall black
• Café solo – All black, and it could be really small, or regular size

A visit to Ronda isn’t complete without a plate of Churros and dipping chocolate for breakfast, and the best way to experience genuine Rondeño churros is to get off the main tourist ways and simply look for a coffee shop or tapas bar that looks like it might be filled with Spaniards. You’ll like see a sign on the door reading ¡Hay Churros! and this is where you should go.

Churros in Ronda aren’t the typical Churros you’ll get elsewhere, oh no, our Churros are made from flour with cinnamon and sugar, and then dipped in warm chocolate! Mmmmm, a single serving in Ronda is often all most people have for breakfast, when you see the size of serving you’ll understand why.