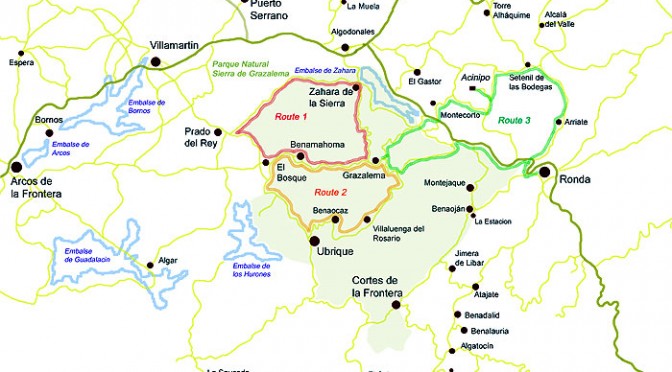 If you are staying in Ronda for a few days and have a car then you will want to get out and about to explore more villages in the area. The “Pueblos Blancos” or white villages encompass the north east of Cádiz and north west of Málaga provinces and this area is saturated in history with palaeolithic cave paintings, neolithic dolmens, bronze and copper age remains, Roman roads, Visigoth fountains and Moorish towers. For the most part, these tours take us through towns created during almost 800 years of Muslim settlement. Berber tribes arrived here in around 714, coming from similar mountainous terrain in Morocco. They chose easily defended sites and built watch towers as an early warning system against attack. All of which was needed as this area was a lasting frontier between the Muslim and Christian kingdoms. You can read more and print off the 3 driving white village routes at the Grazalema Tourist Information website.

If you don’t have a car then our very good friends over at Wildside Holidays can arrange a guided tour of some of the famous white villages of the area and can pick you up and drop you back to your hotel at the end of the day. Wildside Holidays also arrange nature orientated walking tours in the nearby Sierra de Grazalema.