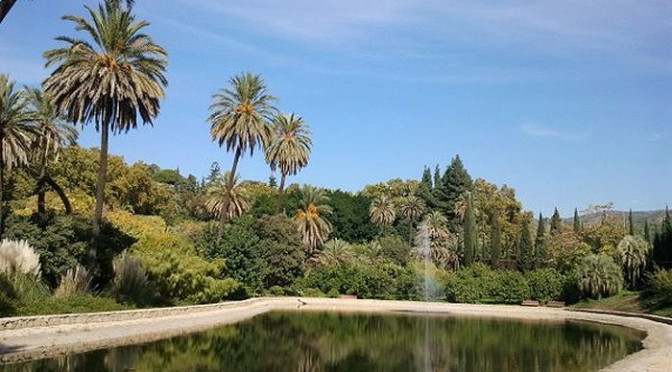 Botanical gardens around the world are often a must-see visit while traveling, and Malaga’s La Concepcion Gardens are no different, though the gardens in Malaga have justifiably attracted a reputation for being amongst the best in Europe.

The gardens were founded in 1850 by Amalia Heredia Livermore and her husband Jorge Loring Oyarzabal who travelled the world in search of tropical plants for their garden, in the centre of which they built a traditional Andalucian palace replete with indoor courtyard.

Book a hotel in Malaga here…

During their occupation of the property the finca la concepcion was well known for the quality of dinner party organised, which would often include short walking tours of the gardens.

In 1990 the garden estate comprising 49 hectares of established gardens and surrounding forests were bought by the Malaga City Council owing to their decline into a state of disrepair. In 1994 after extensive reforms the gardens were opened to the public for a small fee to cover operating costs.

Being a tropical garden some of the world’s most wonderful trees can be found in the gardens, including specimens of Cycads, Acacias, Giant Ficus, Palms, Majestic Araucarias, Bamboos, Wisteria, Magnolias, Chinese Orange Blossom, Almeces, Dwarf Palms, and Dwarf Dates.

Tropical flowers also bloom through the year, and the ponds of the gardens are havens for waterlilies. Surrounding the largest of the ponds are a stand of citrus and other fruit trees.

Architecturally the gardens also contain a few memorable buildings such as the finca, a Doric-columned Museum of ancient Roman sculpture, a number of small bridges crossing waterways, and an Alhambra inspired pool with pagoda offering views of Malaga city.

You’ll need at least 90 minutes to walk around the gardens, which includes the impressive “Around the World in 80 Trees” exhibit showcasing 25 trees from the Americas, 8 from Africa, 18 from Europe, 17 from Asia, and 12 from Oceania.

Book a hotel in Malaga here…