During last nights Easter Procession in Setenil de las Bodegas, one of the Costalero’s suffered a heart attack and was immediately taken to the local health center but passed away whilst being cared for. He was Francisco Ruiz, a 44 year old resident of Setenil.

Witnesses described seeing Ruiz stumble out from under the Virgen de los Dolores paso at 23:30, and then collapsing in the street. The procession halted to allow friends to rush Ruiz to the local medical centre where doctors had been informed to expect him, by which time he required urgent cardio resuscitation.

Today the village of Setenil is in shock, with Brotherhood foreman Jesus María Robles paying respect to Ruiz who had been a consistent bearer for 20 years. Ruiz’s funeral will take place at 7pm in Setenil’s cemetery this afternoon and the entire village is expected to attend to pay their last respects.

Carrying the pasos is a very demanding task, some can weigh several tonnes, but it is considered a great honour to be selected. Francisco Ruiz was well known in the village, and an active member of the Brotherhood of Santa Vera Cruz. Ronda Today offers our condolences to his family during this difficult time. 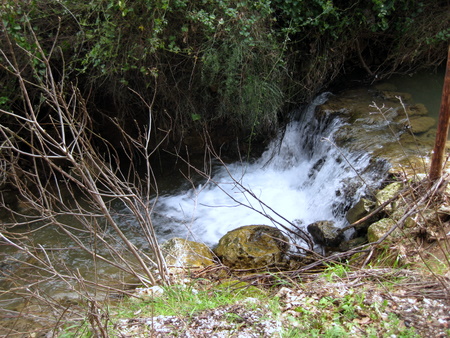 Deputy Environment Councillor for the Province of Málaga, Miguel Esteban Martin, has presented a report to the 22 municipalities of the Serranía de Ronda slamming the quality of ground water and lack of waste water treatment plants in the strongest attack yet on local government in the Serranía.

Pollution, low quality of drinking water, and lack of adequate waste water treatment have been identified as causes for concern that require urgent attention, with 17 of the 22 municipalities in breach of EU water health regulations.

Only four town halls in the Serranía have taken steps to improve the quality of water, they being Ronda, El Burgo, Parauta, and Gaucín, who each have a functioning waste water treatment plant, though none have facilities for recycling water, all of which currently enters the rivers and waterways of the Serranía.

The provincial report indicates that 84% of rivers and streams in the Serranía are technically in breach of rules established by the Water Framework Directive (WFD) of the EU, with the worst rivers being the Genal and Guardiaro. The Guardiaro in particular has very high levels of fecal streptococci, coliform, ammonia, and nitrogen released into the river by neighbouring pig farms.

On a positive note, the report highlights that groundwater in the Serranía is generally in good health, although the hardness of the water isn’t adequately softened before entering the drinking water supply. The provincial report is also critical of a large golfing development planned for Ronda which is describes as not viable from the standpoint of environmental sustainability and management of water resources.

In another note, the report is critical of Ronda for having the highest number of animal deaths from poisoned bait in all of Andalucía, with 30 cases reported between 2001 and 2007.

The report is generally positive of solid waste recycling efforts, with collection of glass, plastics, and papers up on previous years. In addition, the average amount of waste generated by each individual in the district is still considered the lowest in the province at 1.66kg per day per person. 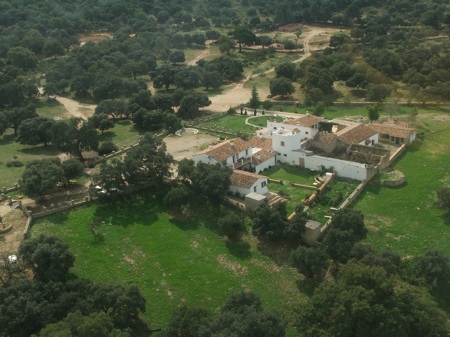 The Andalucían government has announced plans to decelop a science centre at Ronda’s Finca La Algaba Prehistoric Centre to further research into lifestyles and technologies of prehistoric peoples who inhabited the Serranía and Andalucía.

Currently La Algaba best known activity is the ‘El Poblado’ village, a reproduction paleolithic and neolithic village used as part of an archeological experiment to discover how prehistoric prople lived, worshipped, cooked, made pottery, hunted, etc. The layout of the village is based on those found at Acinipo and the Silla del Moro neolithic villages.

In recent years La Algaba has become the benchmark from which all other European university archeological experiments are based, in part due to seminars developed in Ronda that go beyond simply interpreting archeological data to recreating the prehistoric implements and other archeological items, and then conducting experiments to determine how they were used.

The science park, the first in Andalucía, will complement existing programs at La Algaba such as the protection of traditional seed stock, and breeding of native cattle breeds known to have been important to prehistoric people. Neolithic wheat varieties are also being grown organically to learn more about food preparation in prehistoric times.

Maria Elena Sanchez, the director of Finca La Algaba, told Ronda Today she is excited that the hard work and effort expended in Ronda has been recognized in this way, and that the science park represents a qualitative leap forward for archeological experimentation in Europe.

A man was yesterday arrested at 22:00 by the Guardia Civil SEPRONA division whilst attempting to vandalize the historic Acinipo ruined Roman city.

Readers of Ronda Today will recall our story about vandals digging several hundred holes and making off with buried precious artifacts from the site. Since we reported that story the Guardia Civil have mounted regular night time patrols.

The accused is a man from Sevilla province who was taken to Ronda and held under questioning pending a court arraignment today. He was caught red handed carrying a metal detector and had already extracted several Roman coins when the Guardia Civil decided to apprehend him.

Ronda Today has been at the forefront of this battle, and has connected a supplier of remote video cameras with the ministry responsible for historic sites. We hope the apprehension of this scoundrel puts an end to illegal excavations at Acinipo.